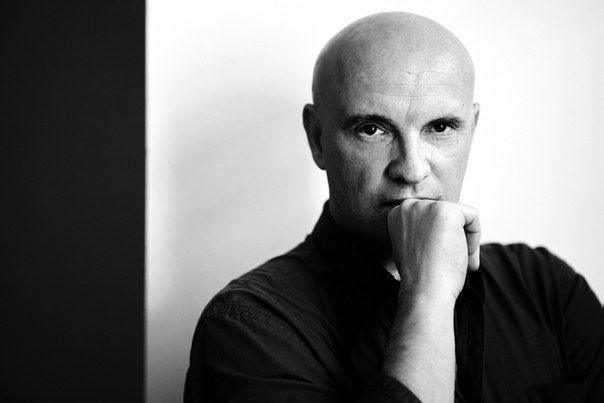 Dance Open 2015:
The Taming of the Shrew performed by Bolshoi Ballet

Jean-Christophe Maillot in his own words

I’m straining after high quality in everything.

Why should we always do ballet for people who know about dance? What about that poor guy who has to come because his daughter is doing ballet?

Ballet company is an image of society. My company includes dancers from at least 25 countries. It’s like a world in miniature, and it makes me feel at home.

Even though I’m in "the most luxurious situation", I don't feel any guilt. I’m far more interested in spreading my good fortune.

This profession demands a dedication that can infantilise dancers. I want them to be adult, to have their eyes wide open to what is interesting, to be able to criticise, and to see that even if they don't like dancing one work it will still make them richer in what they might do next.

I think, an Opera House should have at least 50% of classics in the repertoire, while a Ballet Company needs up to 80% of new productions.

Rosella Hightower liked to say of her student Jean-Christophe Maillot, that his life was just a union of opposites. In fact, for the current Choreographer-Director of the Ballets de Monte-Carlo, dance combines with theatre, enters the ring under a big top, evolves into the arena of visual arts, is fuelled by the most diverse scores and explores different forms of literature… His repertoire of 80 ballets (40 created in Monaco) draws from the world of art in the broadest sense and each ballet is a sketch book which feeds the following work. Thus, over 30 years, Jean-Christophe Maillot has created an ensemble of sixty pieces ranging from great narrative ballets to shorter formats, and where multiple connections reflect a work which forms part of the history and diversity. Neither classical nor contemporary, not even between the two, Jean-Christophe Maillot refuses to adhere to one style and designs dance like a dialogue where tradition on pointes and the avant-garde are no longer mutually exclusive.

Born in 1960, Jean-Christophe Maillot studied dance and piano at the Conservatoire National de Région de Tours, before joining the Rosella Hightower International School of Dance in Cannes until winning the Prix de Lausanne in 1977. He was then hired by John Neumeier at the Hamburg Ballet, where he danced in principal roles as a soloist for five years. An accident brought his dancing career to an abrupt end.

In 1983, he was appointed choreographer and director of the Ballet du Grand Théâtre de Tours, which later became a National Centre of Choreography. He created around twenty ballets for this company and in 1985, founded the Dance Festival, «Le Chorégraphique». In 1987, he created Le Mandarin Merveilleux for Les Ballets de Monte-Carlo , which was a great success. He became the company’s Artistic Advisor for the 1992–1993 season and was then appointed Director-Choreographer by H.R.H. the Princess of Hanover in September 1993.

His arrival at the Ballets de Monte-Carlo set the company on a new path that quickly developed the level of maturity and excellence for which this company of 50 dancers has been renowned for 20 years. He has created almost 40 ballets for the company, some of which, such as Vers un pays sage (1995), Romeo and Juliet (1996), Cinderella (1999) La Belle (2001), Le Songe (2005), Altro Canto (2006), Faust (2007), LAC (2011), CHORE (2013) and Casse-Noisette Compagnie (2013) have forged the reputation of the Ballets de Monte-Carlo across the world. Several of these works are now included in the repertoires of major international ballet companies, such as the Grands Ballets Canadiens, the Royal Swedish Ballet, the Korean National Ballet, the Stuttgart Ballet, the Royal Danish Ballet, the Ballet du Grand Théâtre de Genève, the Pacific Northwest Ballet, the American Ballet Theatre and the Béjart Ballet Lausanne. In 2014, he creates La Mégère Apprivoisée for the Ballet of Bolshoi Theatre.

Also aware of the work of other artists, Jean-Christophe Maillot is known for his spirit of openness and his commitment to inviting choreographers with a different style to create for the company. In 2000, this same desire to present the choreographic art in all its many forms led him to create the Monaco Dance Forum, an international showcase for dance which presents an eclectic proliferation of shows, exhibitions, workshops and conferences.

In 2007, he produced his first stage opera, Faust for the Hessisches Staatstheater and in 2009 Norma for the Monte-Carlo Opera. In 2007, he created his first choreographic film with Cinderella then Le Songe in 2008. In 2009, he developed the content and coordinated the Centenary of the Ballets Russes in Monaco, which would see over 50 companies and choreographers pass through the Principality in one year, providing entertainment for 60,000 audience members. In 2011, dance in Monaco underwent a major and historical change. Under the presidency of H.R.H. the Princess of Hanover, the Ballets de Monte-Carlo now incorporates the Ballets de Monte-Carlo Company, the Monaco Dance Forum and the Princess Grace Academy under a single organisation. Jean-Christophe Maillot was appointed head of this organisation which now unites the excellence of an international company, the benefits of a multi-format festival and the potential of a high-level school.

Jean-Christophe Maillot is Commander in the Ordre du Mérite Culturel of the Principality of Monaco, Commander of the Ordre des Arts et Lettres and Chevalier of the Légion d’Honneur in France. On 17th November 2005, he was appointed Chevalier of the Ordre de Saint Charles by H.S. H. Prince Albert II of Monaco. In 2008, in Moscow, he received the Prix Benois de la Danse for the Best Choreographer along with the «Premio Dansa Valencia 2010». In 2015, he won with La Mégère Apprivoisée three Golden Mask including best performance.