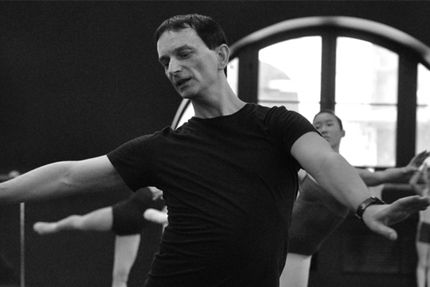 Graduated from the Vaganova Academy of Russian Ballet (classes of Natalia Dudinskaya, Konstantin Sergeev and Gennady Selutsky). Got his Diploma at the N.A. Rimsky-Korsakov St. Petersburg State Conservatory (class of Nikita Dolgushin).

Since 1989 he began his career as a choreographer and at the present time he stages performances in theatres all over the world: Russia, Germany, Czech Republic, Slovakia, Azerbaijan, Belarus, USA, Canada, Mexico, Panama, Taiwan, South Korea, South Africa etc.

Creator of more than 30 stagings in theatres and on TV, such as Onegin to music by Pyotr Tchaikovsky, Katya and the Siam Prince (composer Pavel Ovsyannikov), Cinderella (Johann Strauss II), The Lady of the Cammelias (Giuseppe Verdi) etc.

Medvedev teaches at the department of the choreography at the Vaganova Academy of Russian Ballet and does scientific researches - including connected to reconstruction of ballets of the past.

Since 2001 he became an artistic director of the Dance Open Festival . In 2007 he was elected as a member of the International Dance Council (CID).