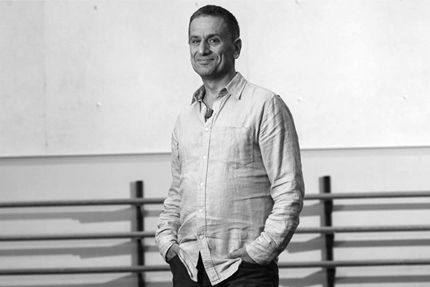 Born in New York City, Mark studied as a classical pianist at the Manhattan School of Music before beginning his formal dance studies with an honorary scholarship at The Juilliard School, where he received his BFA. He received his MFA in Dance from the ADF/Hollins University MFA program.

He was Artistic Director of Mark Haim & Dancers from 1984–1987, and the Companhia de Danca de Lisboa from 1987–1990. From 2002–2008, he was Senior Artist in Residence at the University of Washington and most recently was Visiting Associate Professor of Dance at Reed College.

His full evening solo project, The Goldberg Variations, has been performed at the American Dance Festival, the Danspace Project at St. Mark’s Church, The John F. Kennedy Center, On The Boards, and other venues in the U.S, Europe, and Asia — most recently at the 2009 Bumbershoot Festival. He has been on the faculty of the American Dance Festival since 1993 and has also been on the faculties of NYU Tisch School of the Arts and Hollins University.