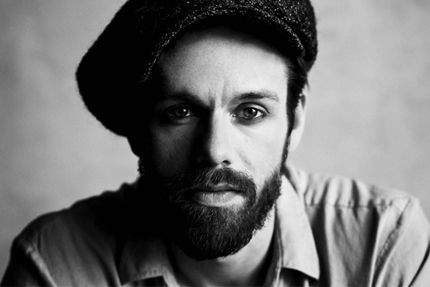 Five years ago at the Benois de la Danse evening in the Bolshoi Theatre, an ecstatic young man took to the stage. He was shining, beaming with happiness, and even hopping a little with excitement. Then he began to tell of how all his life he had dreamed of staging Swan Lake with real water. And how he had been allowed to do just that with Norwegian National Ballet, where for every performance six whole tons of water were poured onto the stage. The swans? No, the swans were ballet swans, not from a wildlife sanctuary. Then the young man suddenly demonstrated a swan movement with his arms, and the laughing audience immediately fell silent. His “wave” was excellent, reminiscent of Petipa and Ivanov, of Petersburg ballerinas, of purity and suffering. A moment later the audience was all laughing again, because the young man was explaining — with extravagant gestures — how he had wanted to bring that performance to Moscow for the Benois (it was the production he had been nominated for), but he had not been allowed to pour water on the Bolshoi stage. Not even six litres, let alone six tons. So, instead of the performance he had brought this monologue, which he called “What I Think About in the Bolshoi Theatre”. To finish, he demonstratively poured half a glass of water on his tablet, and left the stage to an ovation. No, he didn’t win the Benois, but everybody remembered his name — Alexander Ekman.

In Europe by that point he was already well-known. A graduate of the Royal Swedish Ballet School, he danced first with the Royal Swedish Ballet, then Nederlands Dans Theater, then Cullberg Ballet — a career trajectory that moved from pure classical ballet, for which Ekman had a genuine talent, towards more radical choreography, while the standard of the companies remained first-class. He began to create his own works in 2005, at the age of 21. Five years later, he staged the one-act ballet Cacti, which truly made his name. It has since been adopted into the repertoires of over 20 companies. Dance Open brought the ballet to St. Petersburg five years ago as performed by Dresden Semperoper Ballet, and its flashing squares of light each containing a dancer, its joyful and masterful choreography, lingered long in the memory of local audiences.

The first words that come to mind when talking about Ekman’s ballets are “fun” and “funny”. As a choreographer, he has a vivid and easy sense of humour, which is rare in the emotional world of ballet. Furthermore, his jokes are generally at the expense of ballet itself — its ancient rituals, its tragic stories, its inescapable slippers and tutus. The jokes are gentle, subtle and without malice — Ekman knows that this funny world is the world he belongs to. In each of his ballets – whether in Swan Lake, where there is no Siegfried or Rothbart but Odette and Odile find themselves in deadly opposition, or in PLAY, created for Opéra National de Paris as a hymn to the carefree lives of hipsters, or in the cruelly enumerated ballet cliches of Tyll, created for the Royal Swedish Ballet and then performed at the Stanislavsky and Nemirovich-Danchenko Moscow Music Theatre, or in Midsummer Night’s Dream — there will always be a moment when a dance en pointe suddenly pushes aside all the gags and shtick and shines with unassailable, eternal beauty, like a modish, ironic millennial removing their armour to reveal a real love for Pushkin and not Vladimir Sorokin. The moment is brief — you mustn’t expose your soul for too long these days — but it will always be there.

There is one other important feature by which Ekman’s ballets are immediately recognizable — his love for technically difficult solutions that create astonishing images but pose a real challenge for the dancers. In Swan Lake it was the water, while the finale of PLAY saw the stage flooded with small green balls (about the size of apples and presumably symbolizing the forbidden fruit), so many that they eventually filled the orchestra pit, and the dancers had to move through this knee-high ball pit. In Midsummer Night’s Dream, it is hay — and suddenly it becomes clear that swirls of hay are no less affecting than swirls of delicate lace. Ekman reconciles pathos and humour, almost cinematic images and traditional ballet steps. And as he tells his stories he hops and beams with joy.