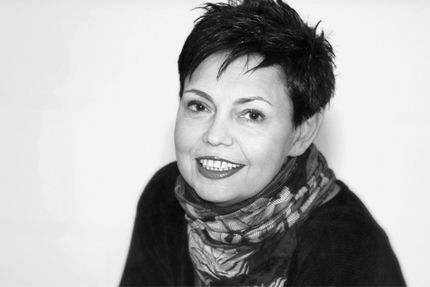 In her own words

It is talent that is relevant. Something that reflects passions of the society and maintains the human side in humans.

A trained body of a classical dancer can be tuned for any tasks, while the techniques and some principles of the modern dance have certain restrictions.

Many modern choreographers have lost romanticism in their works. And art in general and particularly ballet needs it, because dance and music belong to our emotional sphere.

I try to choose the performances that are creative in their essence and give us the sense of hope, not an endless catastrophe.

A critic should be able to disassemble the structure of a piece of art while keeping the trust and curiosity, as well as being knowledgeable, of course.

When one makes up the repertoire, it is necessary, firstly, to remember that the theatre works for people, for the audience. And, secondly, one has to think how to make things in such a way that the artistic company will be motivated to live, develop and move forward.

In art you cannot take anything for absolute and narrow it to some mechanical schemes. It is better to combine the principles in order to be more precise when interpreting the author’s style.

All of us, the audience, artists, critics and practitioners, need to overcome the stereotypes of our own thinking.

If you are honest with the audience, it will follow any artistic forms.

The head of the Department of Strategic Planning of the Bolshoi Theatre of Russia, artistic director of the DanceInversion, International Contemporary Dance Festival, the Merited Art Worker of Russia, Honourary Art Worker of Moscow, Associate Professor of the Moscow State University and Russian Academy of Theatre Arts (GITIS).

She was in charge of the tours of opera and ballet companies of the Stanislavsky and Nemirovich-Danchenko Moscow Music Theatre in the USA, the UK, Germany, Italy, Japan, Spain, Latvia, South Korea and China. She was the producer of Debussy’s Pelléas et Mélisande (МАМТ/France/Chekhov Festival) and Britten’s A Midsummer Night’s Dream (МАМТ/ENO). She also initiated the launch of Peter Stein’s production of Aida by Verdi that went on stage of La Scala. Additionally, she has been the author of many promoting campaigns of the theatre and films about it.

Before she joined the Stanislavsky and Nemirovich-Danchenko Theatre, she worked for several years for the Russian Federation’s Union of Theatre Workers where she organized international seminars for theatre directors (three cycles of the Russian-Dutch seminar). She was one of the organizers of the Golden Mask Award and Festival.

From 1978-1988 she worked at the Bakhrushin Theatre Museum where, as the Deputy Director of Research and Development, she organized the following exhibitions: “Dodin. Nekrošius. Vasiliev”, “Korovin" — from Impressionism to Expressionism”, “Theatre of the Pushkin Era”, “Maya Plisetskaya”, “Alexandra Exter”, “Soviet Theatre of the 1920-s – 1930-s” (for Moscow Days in Munich). She was an author of various lectures and thematic evenings at the museum.

As a theatre critic she has written many articles and reviews for important Russian newspapers and magazines. She took part in many professional seminars on opera direction.

Since 1988, she has been teaching at the GITIS, Moscow State University, Moscow Arts Theatre Studio-School (American Studio) and G.G. Dadamyan Graduate School for Theatre People.