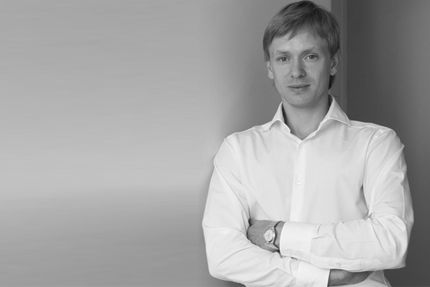 However, do not forget that only real art touches the soul. After all boredom is not talented. There is no talent in boring things.

It is necessary to support young talents and give them the opportunity to work on the big stage.

Any stage the decision should be based on creativity. The main thing is that the ballet should be an interesting theatrical performance.

Experimental performances, modern choreography — this is what allows us to look forward all the time.

Choreographer is a unique talent, a person with an extraordinary sense of reality. As not every conductor writes music, not every dancer creates ballet performances.

Russian ballet is legendary because its classics.

The main challenge is to be interesting to the audience.

The success story of Andrian Fadeev, Honoured Artist of the Russian Federation, is one of the rare examples of a brilliant principal dancer from the Mariinsky theatre, adored by the public and lauded by the world's best choreographers, going on to become a no less brilliant manager of his very own troupe. In Fadeev's case, it is the St. Petersburg State Academic Leonid Yacobson Ballet Theatre, a young and dynamic company that builds upon many years' worth of tradition.

Over the decade and a half that he spent at the Mariinsky Theatre as a principal, Andrian Fadeev got a chance to perform the leading parts in each and every cult classic of the world ballet repertoire. His versatile talent and perfectionist approach to creative work allowed him to truly shine in shows choreographed by such world-class paragons as George Balanchine, Roland Petit, William Forsythe, Harald Lander, and Christopher Wheeldon. In 2001, John Neumeier tailored the main part in his Sounds of Empty Pages ballet especially for Fadeev.

The dancer's efforts were rewarded many times at prestigious contests: among other victories, he received the Golden Soffit St.Petersburg Theatre Award twice, in 2000 and 2008, and was honoured with the annual Positano Premia la Danza Léonide Massine prize (Positano, Italy, 2006).

In 2011, Andrian Fadeev took the helm at the St. Petersburg State Academic Leonid Yacobson Ballet Theatre as art director and manager. It has taken him less than seven years to elevate his team to a whole new level in terms of artistic excellence and technique. This period has been marked not only with the meticulous restoration and preservation of the heritage left behind by the theatre's founder, the extraordinary experimental choreographer Leonid Yacobson (an undertaking acknowledged by the prestigious international Taglioni Award), but also with a pleiad of astonishing premières, staged in tandem with world-famous stars: The Sleeping Beauty (produced by Jean-Guillaume Bart) and Don Quixote (choreographed by Johan Kobborg, with stage design by Jérôme Kaplan).

Under Andrian Fadeev's management, the Leonid Yacobson Ballet Theatre has been touring extensively around the world, always with resounding success and an enthusiastic response from the foreign media.