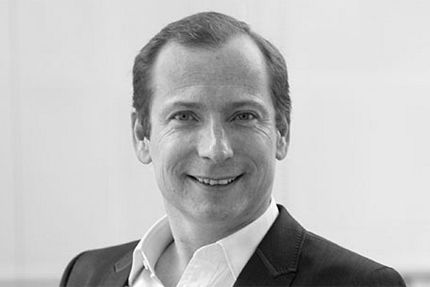 Born in Yorkshire, O’Hare trained at The Royal Ballet School and, through an exchange programme, Royal Danish Ballet. He began his performing career with The Royal Ballet’s sister company Sadler’s Wells Royal Ballet, and stayed with that company as a Principal during its transformation to Birmingham Royal Ballet. During this time he performed extensively in the UK and internationally, including as a guest with many leading companies. His repertory included all the leading classical roles, such as Prince Siegfried (Swan Lake), Prince Florimund (The Sleeping Beauty), Albrecht (Giselle) and Romeo (in BRB’s first performance of Kenneth MacMillan’s Romeo and Juliet). O’Hare worked with many leading figures in the ballet world, including Ninette de Valois, Peter Wright, Frederick Ashton, MacMillan and David Bintley, and created several roles, including Amynta (Bintley’s Sylvia). He also produced many galas and choreographic evenings.

O’Hare retired from the stage in 2000, entering into a traineeship in company management with the Royal Shakespeare Company. This led to the post of Company Director with BRB in 2001 and in 2004 he joined The Royal Ballet as Company Manager. He was made Administrative Director in 2009 before being appointed to his current role. In 2013 he was appointed to the board of Dance UK.