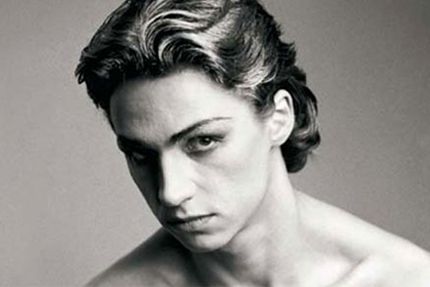 He started dancing at age seven at the children's ensemble V. Lokteva of folk dances. At this time, he appeared with Oleg Popov in the film The Sun in the Bag. At the age of nine, he was accepted into the Moscow Choreographic Institute. In 1988, he joined the Corps de Ballet of the Bolshoi Ballet Company in Moscow. He was promoted to the rank of principal with the Bolshoi Ballet Company in 1990. He was also a principal dancer with the State Ballet of Georgia and guest soloist with the Vienna State Opera.

His dance partners have included Galina Stepanenko, Nina Ananiashvili, Svetlana Lunkina, Maria Alexandrova, Svetlana Zakharova, and Natalia Osipova. Among his repertoire, Filin danced as Colas in La Fille Mal Gardée, the Teacher in The Lesson, and as Classical Dancer in The Bright Stream, a role for which he received the prestigious award Golden Mask. In December 2004, Filin suffered a severe injury while performing on stage at the Bolshoi Theatre. This incident put his career on hold for several months, before returning to the dance scene in the second half of the following year.

He is the former artistic director of the ballet at the Stanislavski and Nemirovich-Danchenko Moscow Academic Music Theatre, serving in this capacity from 2008 to 2011. On March 18, 2011, he was appointed to serve as the artistic director of the Bolshoi Ballet in Moscow. In this capacity, he has led the Bolshoi Ballet Tours in Paris, Japan and North America.