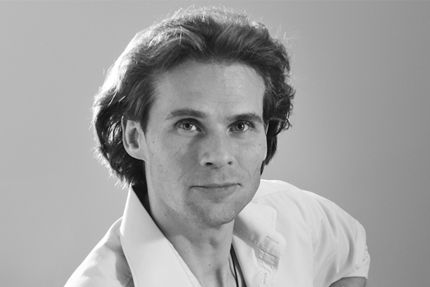 Kenneth Greve trained at the Ballet School of the Royal Danish Theatre and at the School of American Ballet. In 1986 Kenneth Greve was engaged by the New York City Ballet, in 1988 by the American Ballet Theatre, and in 1989 by the Paris Opera Ballet, where he was appointed Danseur Etoile. In 1990 he joined Stuttgarter Ballett and in 1991 Wiener Statsoper. In 1992 he was engaged as principal dancer by the Royal Danish Ballet.

Kenneth Greve has created several choreographies, including 2 Man's Tale and L'Emotion for workshops at the American Ballet Theatre and Stuttgarter Ballett. Furthermore, he has created From Betone, Woman and Nutcracker at the Royal Theatre, and the ballet Hamlet for the South African Ballet. In 2006 Kenneth Greve became Ballet Master at the Royal Danish Theatre. Today he works as a new Ballet Master at the Finnish National Ballet in Helsinki.