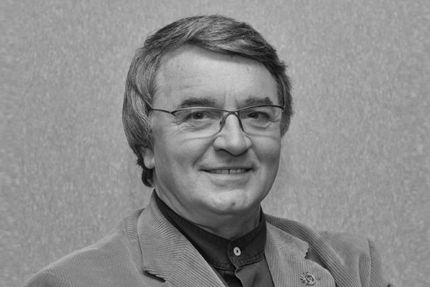 A leading Czech dancer, choreographer, and theater and film director. This danseur noble of a classical discipline became the phenomenon of his generation in Czech ballet . He graduated from the dance conservatory in Prague in 1965 and went on to perform in over 50 titles at the National Theater. A key performance came as Romeo (and Mercutio) in the staging of Romeo and Juliet by choreographer Miroslav Kůra and director Petr Weigl in 1971. He has danced on a number of world stages (Hungary, Japan, Austria, France, Germany, Cuba, Scotland, Italy and Belgium). In the years 1977-83, he was a regular at the Deutsche Opera am Rhein Düsseldorf/Duisburg (in the roles of the Prince in Swan Lake and Sleeping Beauty, Oedipus in the ballet Sphinx and lead role in Le Spectre de la Rose, or La Bayadere).

He represents a type of modern dancer who has a distinct sense for the aesthetic efficiency of movement with an unaffected actor’s civility. In the years 1990-2003, he was artistic director of the National Theater. He participated in the creation of several productions as director and choreographer. In 2002, he became an honorary member of the National Theater in Prague. He is a member of the board of the Kylián Foundation in Prague (since 1991).

Harapes sits as a member of the jury for the Prix Carpeaux international classical dance competition in France (since 1993). He presides over the presentation of the Philip Morris Ballet Flower Award (since 1994). He has taught classical dance in Florence (since 1993), Rome (2003) and at the dance conservatory in Prague (since 1996). He has also played several television and film roles.