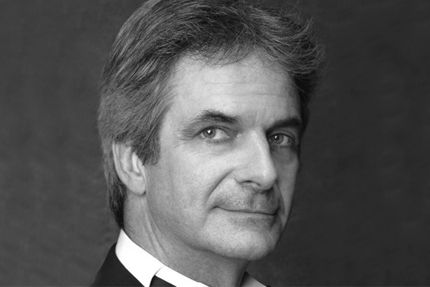 Kevin McKenzie received his ballet training at the Washington School of Ballet. In 1972, Mr. McKenzie was awarded a Silver medal at the Sixth International Competition in Varna, Bulgaria. He was a leading dancer with both the National Ballet of Washington and The Joffrey Ballet before joining American Ballet Theatre as a Soloist in March 1979. Mr. McKenzie was appointed a Principal Dancer the following December and danced with the Company until 1991.

As a Principal Dancer with American Ballet Theatre, Mr. McKenzie danced leading roles in all of the major full-length classics including Solor in La Bayadère, Don Jose in Carmen, the Prince in Mikhail Baryshnikov's production of the full-length Cinderella, Franz in Coppélia, the Gentleman With Her in Dim Lustre, Basil and Espada in Don Quixote (Kitri's Wedding), Albrecht in Giselle, a leading role in The Garden of Villandry, Her Lover in Jardin aux Lilas, the leading role in The Leaves Are Fading, the Friend in Pillar of Fire, the leading role in Raymonda (Grand Pas Hongrois), a featured role in Requiem, the Champion Roper in Rodeo, Romeo and Mercutio in Romeo and Juliet, Prince Desire in The Sleeping Beauty, Prince Siegfried in Swan Lake, James in La Sylphide and the leading roles in Other Dances, Paquita, Les Sylphides, the Sylvia Pas de Deux and Theme and Variations. He created the role of Amnon in Martine van Hamel's Amnon V'Tamar and a leading role in Clark Tippet's S.P.E.B.S.Q.S.A.

During his performing career, Mr. McKenzie performed as a guest artist in cities throughout the world, including Spoleto, Italy, Paris, London, Tokyo, Havana, Moscow, Vienna and Korea, dancing with, among others, the London Festival Ballet, the Bolshoi Ballet, the National Ballet of Cuba and the Universal Ballet in Seoul.

In September 1989, Mr. McKenzie was appointed a permanent guest artist with The Washington Ballet, and, in 1991, assumed the position of Artistic Associate of that company. He has also acted as Associate Artistic Director of, and a choreographer with, Martine van Hamel's New Amsterdam Ballet. Mr. McKenzie was appointed Artistic Director of American Ballet Theatre in October 1992. His choreographic credits include Groupo Zamboria (1984) and Liszt Études, now called Transcendental Études, (1991), both for Martine van Hamel's New Amsterdam Ballet, Lucy and the Count (1992) for The Washington Ballet, and the full-length classic The Nutcracker (1993), Don Quixote (1995), in collaboration with Susan Jones, a new production of Swan Lake (2000) and a new production of The Sleeping Beauty (2007), with Gelsey Kirkland and Michael Chernov, all for American Ballet Theatre.