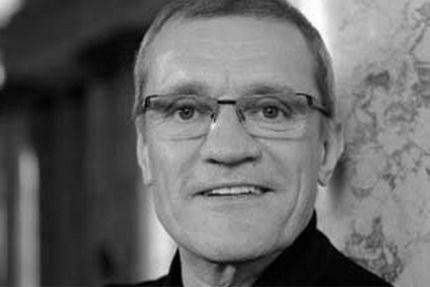 He was born in New Westminster, British Columbia (Canada). In 1969, he joined Stuttgart Ballet, whose Artistic Director at the time was John Cranko. He danced 17 years for the Company, being promoted. to Soloist in 1974 and to Principal Dancer in 1978. He appeared in a wide range of classical and contemporary ballets and worked with many of the leading choreographers of the 20th century.

From the very outset, he followed a repertoire policy which placed equal weight on preserving and cultivating the Cranko legacy and promoting the works of established contemporary choreographers as well as on discovering and nurturing new talent. Since 1996, Stuttgart Ballet under his leadership has presented over 80 new productions, among whichare 7 full-length narrative ballets.

In February 2006 he was awarded the German Dance Prize 2006 for his contribution to the dance art form in Germany. In the same year, the readers of the popular dance magazine Dance Europe voted him “Director of the Year”. In April 2009 he received the Medal of Merit of Baden-Württemberg.