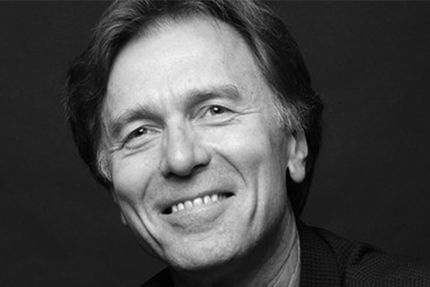 Ivan Liska was born on 1950 in Prague and received his training at the Prague Conservatory. After graduation in 1969 he left his home town to dance with the Ballett der Deutschen Oper am Rhein in Dusseldorf, one the leading companies in West Germany, then, directed by Erich Walter.

From 1974 to 1977 he was soloist with the Ballet of the Bavarian State Opera in Munich. Then, always together with his wife, the ballerina Colleen Scott, went to Hamburg to become principal dancer with John Neumeier's Hamburg Ballett. During the following two decades he created a great number of leading roles in Neumeier's ballets, notably Lysander in A Midsummer Night's Dream, Orlando in Mozart and Themes from As You Like It, Peer Gynt, Mozart in Fenster zu Mozart, the Father in a Cinderella Story, as well as leads in St. Matthew Passion, Don Quixote, Schubert Streichquartett C-Dur, Shall We Dance, Bernstein Serenade, the lead in Zwischenraume — Neunte Symphony von Gustav Mahler and in 1995 the title role in Odysseus.

In Hamburg he tried his hand at choreography in various workshops, and in 1997 he created a ballet (The Dispute after Marivaux) in Brno, in his native Czech Republic.

In 1997 he moved to Munich to prepare for his office as ballet director of the Bavarian State Ballet. In September 1998 he started his first season with the company. Since then he has not only tried to increase the number of classical recreations of the “St. Petersburg-Era” with such ballets as La Bayadere, Raymonda and Sleeping Beauty (2003), but he also initiated various contemporary creations for the Bavarian State Ballet such as Le Sacre du Printemps by the Japanese shooting star Saburo Teshigawara, Handel/Corelli by the American minimalist Lucinda Childs or After Dark by Italian choreographer Jacopo Godani. With his last opening programme (Balanchine, Robbins, Godani) of the Munich Ballet Festival in March 2002 the company was named “not only the most classical but also the most elegant company among the three top ensembles in Germany”.