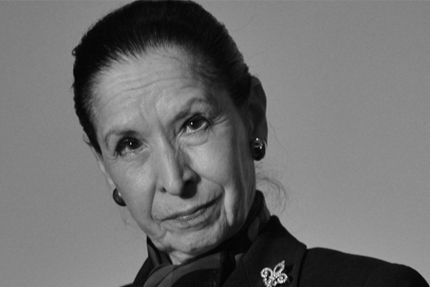 Ministry of Culture of the Republic of Panama

Olga Guardia de Smoak is a native of Panama, a world citizen and dance impressario. After graduating from high school in the United States, she studied at the Universite’ de Poitiers, Tours and LaSorbonne, in Paris, France. She went on to receive her BA from Vassar College, settled in New Orleans, and became a driving force recruiting students to Vassar from New Orleans’ private and public high schools. Two of the students she recruited to Vassar were Shaun Rafferty and Grisela Alejandro Jackson. Her love of dance led her to Russia, conducting exchanges of dancers between Russia and the United States and later teaching at Loyola University.

In the 1990’s she worked as English Editor for the Russian journal Ballet, and organized Gala performances at the Bolshoi Theatre of Moscow for the Russian benefit organization “Diamonds of World Ballet”. These Galas introduced to the Russian public Fernando Bujones, Angel Corella, Carlos Acosta, Ethen Steifel and other world stars. In 2000 Ms. Guardia de Smoak founded the New Orleans International Ballet Conference (NOIBC) which organized the “Ballet Russes” Conference and the Louisiana Bicentennial Conference “Dancing through History: the Roots of Dance in Louisiana 1750-1830”, hosted concurrently with a CID/UNESCO Congress.