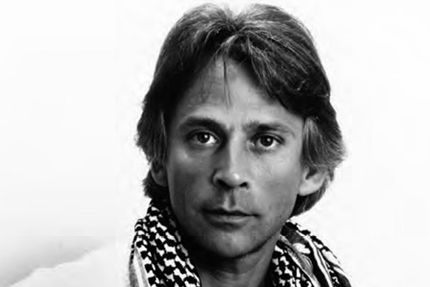 Ivan Nagy, one of the great names in dance during the twentieth century, was born on 28 April 1943 in Hungary. He trained first with his mother going on to perform with the Budapest State Opera Ballet. Frederic Franklin spotted the young man when Nagy won a silver medal at the International Ballet Competition at Varna in 1965. As director of the National Ballet of Washington at the time, Franklin invited Nagy to appear as a guest artist with the company. He went on to perform with the New York City Ballet and became a principal dancer with the American Ballet Theatre in 1968. He became one of American Ballet Theater's most popular stars in the 1970s as an acclaimed partner to great ballerinas.

He danced with all the great ballerinas of his day including Margot Fonteyn and Carla Fracci, but it perhaps with Cynthia Gregory, Gelsey Kirkland and Natalia Makarova that he formed his most famous partnerships. Max Waldman’s iconic photo of Nagy and Markarova in Swan Lake is a fixture in dance shops everywhere. He said that he was always “a little in love with my partners”.

He retired when he was just 35 in 1978. With his wife, ex-London Festival Ballet ballerina Marilyn Burr, he re-staged many repertoire ballets all over the world. He collaborated with the Ballet de Santiago, becoming its director in 1982, and brought them to New York in 1986 for their American début. He worked hard to whip the company into shape.

He was the Artistic Director of the Cincinnati/New Orleans Ballet until 1989. He was also director of the English National Ballet for a short period, and 15 years ago he retired to Mallorca.

He died in Budapest where he was working with the Hungarian Ballet Company.