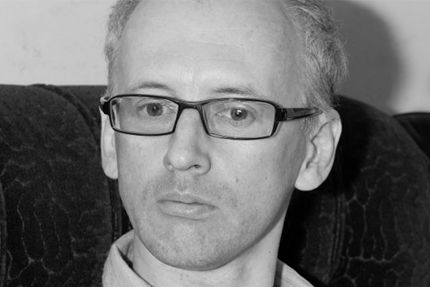 Born in Moscow in 1968. Completed his training at the Moscow Ballet School (Pyotr Pestov’s class) in 1986; in the same year he became principal soloist with the Russian Ballet Company where his repertoire included: Title role (Nutcracker), Franz (Coppelia), Prince Desire and the Blue Bird (The Sleeping Beauty), Albrecht (Giselle), James (La Sylphide), Pierre (Halte de Cavalerie), Zephyrus (choreographic suite Dances of the hours from the opera La Gioconda), Rothbart and Pas de trois (Swan Lake), Shah Zeman (Sheherazade), Time (Cinderella - Vyacheslav Gordeyev version), solo parts in Chopiniana, Paquita and other parts in the classical repertoire. From 1993-96, he studied at the choreographic faculty of RATI (V. Gordeyev's course); in 1999, he graduated with distinction from the Moscow State Academy of Ballet as teacher-choreographer. Since 2003, he has been studying as a post-graduate at the Moscow State Academy of Ballet; in the same year, he was appointed senior teacher at the Academy's faculty of choreography and ballet studies in the Classical Legacy and Ballet Repertoire discipline.

He participated in productions of evenings of old choreography for which he revived fragments from the ballets of Mikhail Fokine (Chopiniana, Dances of the Enchantress Naina from the opera Ruslan and Ludmila), of Alexander Gorsky (The Humpbacked Horse, Raymonda, dances from the opera Samson et Dalila, Coppelia, La Fille mal gardee), of Marius Petipa (Harlequinade, Halte de Cavalerie, Naiade et le Pecheur, La Bayadere, The Humpbacked Horse, Le Corsaire, Paquita, La Sylphide, Esmeralda), of the Legat brothers (The Fairy of the dolls) and others.

He researches into old choreography and 19th century ballet music. He is a member of the International Minkus Society. In 2000, he published (co-author with German Pribylov) the piano score of the surviving musical numbers from Paquita and the notes of Marius Petipa’s choreographic text. He is the author of the text-book Music Arrangement for Lessons of Classical Dance (1999) and the methodics manual The Classical Legacy and the Ballet Repertoire of the 18th-20th Centuries (2007).

He became a ballet master in Bolshoi theatre in 2008 and then became its Artistic Director from 2009 to 2010.