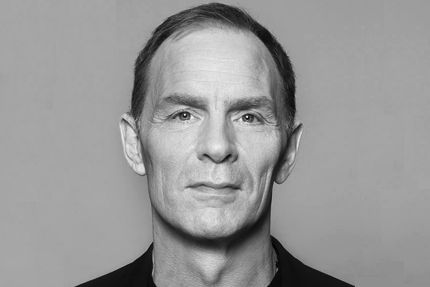 I believe in inspiring people and my role as a director is to make sure that other people can shine — choreographers and dancers.

I think that’s important for any ballet company — to maintain a real sense of who you are, and why you are different, and what your contribution is to the world of dance and to the art form.

There are a lot of people who have fantastic physical ability, but not necessarily the talent to exploit that and to do something with that, and they don’t always become the most interesting dancers.

Dancing is a hard job — you better really know if you want to do it.

In 1991 Ted Brandsen retired from dancing to focus on a freelance career in choreography. His first work, in this new phase, was Four Sections, for Het Nationale Ballet and was awarded the 1992 Perspektief Award for Creative Talent in Performing Arts. Since then other works have become part of Het Nationale Ballet's repertoire including Crossing the Border (1993), Blue Field and Bach Moves (1995).

Brandsen's works are widely presented at different festivals in Holland, on television, featured in the repertoires of many dance companies. Internationally Brandsen has worked with companies in Europe and the USA, including the National Ballet of Finland, Ballet West, Les Ballets de Monte Carlo, the Istanbul State Ballet, Ballet —Theatre de Bordeaux, Israel Ballet, Donau Ballet, and the National Ballet of Portugal.

In 1998 he choreographed his first full length ballet, a new production of The Sleeping Beauty for The National Ballet of Portugal. Also in 1998, Brandsen was appointed to the position of Artistic Director of West Australian Ballet, in Perth, Australia. Under his directorship, the company had considerable success, and received several awards. Brandsen choreographed numerous ballets for West Australian Ballet, including Chairman Dances (1998), Rose Spirit (his first work for the Festival of Perth, 1999), Bridge Variations (1999, restaged for Ballet West that same year), Short Stories (2000), Romeo + Juliet (2000), Terrain of the Heart, Pulcinella and Driven (2001).

He received The Australian Dance Award for Choreography 2000 for his successful production of Carmen (1999), which was subsequently televised and released on video.