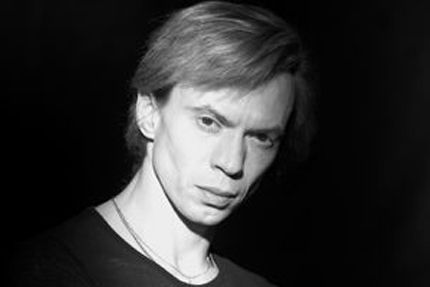 His supple, androgynous body combines, power and purity, flash and elegance, melodrama and eye-boggling academic precision — when he leaps you feel gravity has been suspended.

Born in Kryvyi Rih (Ukraine), began his dance training at the age of four at a ballet school in that region. Continued his training at the school of the Bolshoi Ballet in Moscow (class of Peter Pestov) and upon graduation in 1986 joined the Moscow Classical Ballet as that company's youngest principal dancer.

Critically acclaimed globally for his artistic lyricism, he has won prestigious awards in his field from competitions in Varna, Moscow and Paris.

In 1992, Malakhov joined the Vienna State Opera Ballet as a principal artist, in 1994 — the National Ballet of Canada, in 1995 he had his debut with the American Ballet Theatre at the Metropolitan Opera House in New York City. Since that time, he has remained a principal dancer with ABT and has continued to dance principal roles in Vienna as well as the renowned Stuttgart Ballet. Malakhov also appeared quite often as a guest in Berlin. His repertory encompasses a wide range of styles from classical ballets to the works of today's contemporary choreographers.

In 1999 Malakhov staged is first ballet La Bayadère Ludwig Minkus in Vienna State Opera. On the same stage in 2001 he set his first individual production A Masked Ball to the music by Giuseppe Verdi.

In 2002 he became an artistic director of the Staatsoper Unter den Linden Ballet and since 2004 he was appointed to the position of the Berlin State Ballet.