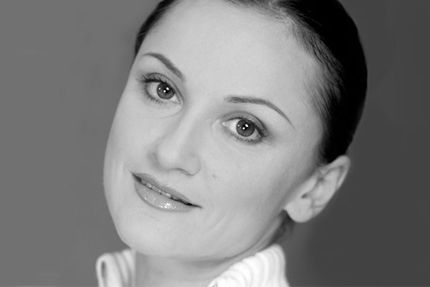 From 1984-88, she was a soloist with the Moscow Classical Ballet Company (today the State Academic Theatre of Classical Ballet led by Natalia Kasatkina and Vladimir Vasilyev) where she danced, among other parts, the title role in Nathalie, ou La Laitiere Suisse, music by Adalbert Gyrowetz, in a production by Pierre Lacotte after Filippo Taglioni, the part of She-devil in Andrei Petrov’s The Creation of the World produced by Natalya Kasatkina and Vladimir Vasilyev. She also danced in Theme and Variations to music by Pyotr Tchaikovsky, thus becoming one of the few ballerinas at that time to have danced in a George Balanchine ballet whose works were then virtually not performed in Russia. She created the lead role in Bachiana to music by Heitor Villa-Lobos, produced for her and Vladimir Malakhov by Alberto Alonso.

From 1988-90, she danced for the Moscow Academic Stanislavsky and Nemirovich-Danchenko Ballet Company where she performed the following, among other, roles: Odette-Odile in Swan Lake, Kupava in The Snow Maiden to music by Pyotr Tchaikovsky (both works by Vladimir Bourmeister), Medora in Le Corsaire in a production by Dmitri Bryantsev.

In 1990, she joined the Bolshoi Ballet Company.

She rehearsed under the guidance of Marina Semyonova (with whom she prepared the majority of the roles in her repertoire), Marina Kondrateva, Raisa Struchkova and Yekaterina Maximova.

In 1992, she completed her studies at the Russian Academy of Theatre Art (teacher Marina Semyonova), qualifying as teacher-choreographer.

In December 2012 Galina Stepanenko retired from her artistic career and became a ballet mistress of the Bolshoi Ballet Company.

In autumn 2013 became a ballet company manager at the Bolshoi Ballet Company.