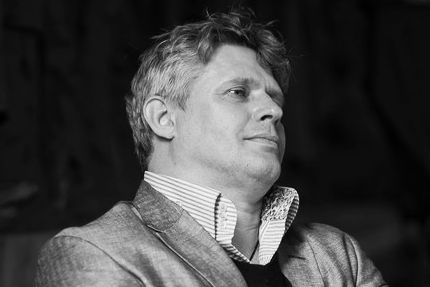 New dramatic ballets are hard to come by, and choreographers who make great ones are very rare indeed. Yuri Possokhov is such a man.

After receiving his dance training at the Moscow Ballet School, Yuri Possokhov danced with the Bolshoi Ballet for ten years, working primarily with Ballet Master Yuri Grigorovich. During this decade, he was promoted through the ranks to principal dancer.

In 1992, he joined the Royal Danish Ballet as a principal dancer, at the invitation of Ballet Master Frank Andersen. The following December, Possokhov was cast as Prince Desiré in Helgi Tomasson’s The Sleeping Beauty and after being invited to perform in San Francisco Ballet’s opening night gala, he moved West. In 1994, he joined San Francisco Ballet as a principal dancer.

In 1999, Possokhov organized and performed in a Russian tour entitled “Ballet Beyond Borders”. Sixteen dancers from San Francisco Ballet performed on the tour, which traveled to cities throughout Russia.

Possokhov’s Magrittomania, a work inspired by the paintings of René Magritte, was commissioned for San Francisco Ballet’s Discovery Program in 2000, and in April 2001, Possokhov received an Isadora Duncan Dance Award for outstanding choreography for the work. In 2001, for the “Stars on Ice” Program, Possokhov choreographed a routine for ice skaters Renée Roca and Gorsha Sur to “ne me quitte pas” by Nina Simone. For the 2002 Repertory Season, Possokhov created Damned, based on Euripides’ play Medea, which the Company also took on tour to New York City Center in fall 2002. In 2003, Possokhov collaborated with Tomasson on a new staging of the full-length Don Quixote, which was also performed on subsequent seasons and on tour to Los Angeles and Paris.

Possokhov’s Study in Motion, set to the music of Alexander Scriabin, premiered on the Company’s 2004 Repertory Season, and was also performed on tour to London that same year and during the following season. Also in 2004, Possokhov’s Firebird premiered at Oregon Ballet Theatre to critical acclaim, and the following year, he created another work for the company, La Valse. For San Francisco Ballet’s 2005 Repertory Season, Possokhov created Reflections, set to the music of Felix Mendelssohn. In February 2006, the Bolshoi Ballet premiered Possokhov’s Cinderella and it was subsequently performed by the company in London and Washington, D.C. In spring 2006, Possokhov created Ballet Mori, which marked San Francisco’s earthquake centennial, in collaboration with Maffre. Following his retirement as a principal dancer from the Company, Possokhov was named choreographer in residence in May 2006. His final engagement with the Company as a principal dancer was on tour to New York’s Lincoln Center Festival in summer 2006.