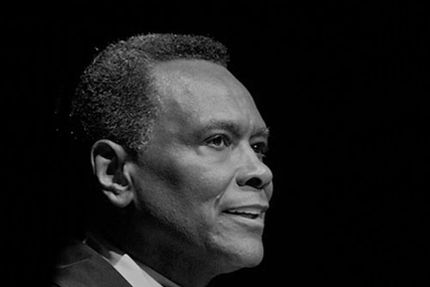 African-American dancer and choreographer who created a training school and the first African-American classical ballet company, Dance Theatre of Harlem. Among other awards, Mitchell has been recognized as a MacArthur Fellow, inducted into the National Museum of Dance's Mr. & Mrs. Cornelius Vanderbilt Whitney Hall of Fame, and has received the United States National Medal of Arts and a Fletcher Foundation fellowship.

In 1955 Mitchell made his debut as the first African American with the New York City Ballet (NYCB), performing in Western Symphony. Rising to the position of principal dancer with the company in 1956, he performed in all the major ballets in its repertoire, including A Midsummer Night's Dream, The Nutcracker, Bugaku, Agon, and Arcade. Mitchell was the only African-American dancer with the NY City Ballet until 1970. Choreographer and director of the NYCB George Balanchine created the pas de deux in Agon especially for Mitchell and the white ballerina Diana Adams. Although Mitchell danced this role with white partners throughout the world, he could not perform it on commercial television in the United States before 1965, because states in the South refused to carry it.

Mitchell left the New York City Ballet in 1966 to appear in several Broadway shows, and helped found ballet companies in Spoleto, Washington, D.C. and Brazil, where he directed a dance company. The Company he founded in Brazil was the National Ballet Company of Brazil.