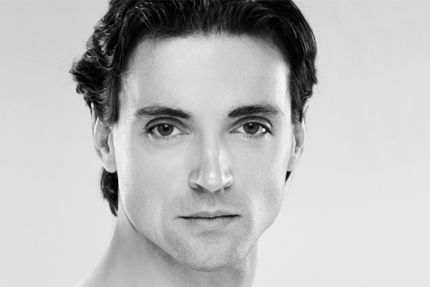 Born and raised in Madrid Corella trained with Karemia Moreno and Victor Ullate and began winning dance awards at a young age, including the First Prize in the National Ballet Competition of Spain in 1991 and three years later, the Grand Prix and Gold Medal at the Concours International de Danse de Paris.

When the world-renowned, Russian ballerina Natalia Makarova , saw the young Corella in competition, she contacted the artistic director of American Ballet Theatre and recommended that he be auditioned for the company. He was accepted into ABT as a soloist in April 1995 and was promoted the following year (August 1996) to the rank of principal dancer.Ángel Corella has performed as a guest artist with such companies as The Royal Ballet in London, the La Scala Ballet in Milan, the New York City Ballet, the Australian Ballet, the Ballet of Tokyo, the Asami Maki Ballet, Ballet Contemporaneo de Caracas, and the National Ballet of Chile. In March 2008, Corella made his debut with the Kirov Ballet at the Mariinsky Theatre in St. Petersburg, Russia, dancing the role of Prince Siegfried in Swan Lake.

Corella has also performed in all the most prestigious festivals, galas, and special performances around the world, including The Kings of the Dance which premiered, in February 2006 at NY City Center. In 2007, Kings of the Dance toured to Russia with performances in St. Petersburg, Moscow, and Perm. The next year, Angel Corella was the sole returning original cast member to perform it at the Mariinsky Festival. Prior to 2008, he toured Spain extensively with his own company Ángel Corella & Stars of the American Ballet.

In recent years, Corella has danced for Elizabeth II of the United Kingdom and the President of the United States. He has performed all of the classics and has received critical acclaim for his technique, musicality, and for his sensitive, dramatic interpretations of roles in ballets by Sir Kenneth MacMillan, specifically Romeo and Juliet and more recently, Manon.