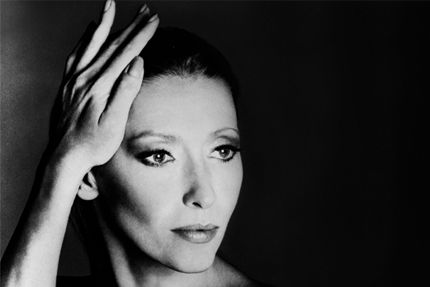 Natalia Romanovna Makarova is a Soviet-Russian-born prima ballerina. The History of Dance, published in 1981, notes that “Her performances set standards of artistry and aristocracy of dance which mark her as the finest ballerina of her generation in the West.” Makarova was born in Leningrad in the Russian Soviet Federative Socialist Republic of the USSR. At the age of 12, she auditioned for the Leningrad Choreographic School (formerly the Imperial Ballet School), and was accepted although most students join the school at the age of 10.

Makarova was a permanent member of the Kirov Ballet in Leningrad from 1956 to 1970, achieving prima ballerina status during the 1960s. She was the first performer of the Leonid Yacobson's ballets Bedbug and Wonderland.

On September 4, 1970 in London, while on tour with the Kirov, Makarova requested asylum in Britain. She joined American Ballet Theatre making her debut with the Company in Giselle in December, 1970. After that she danced many of the roles in ABT's vast repertoire — working extensively with Tudor, Balanchine, Robbins and Tetley.

Her association with The Royal Ballet began in 1972 and her repertoire with the company included Swan Lake, Giselle, The Sleeping Beauty, Les Sylphides, Manon, Song of the Earth, Concerto, Cinderella, A Month in the Country, Voluntaries, Dances at a Gathering, Serenade, Elite Syncopations, Rituals, Checkmate and Les Biches. Her most recent appearance with The Royal Ballet was in MacMillan's Romeo and Juliet in January, 1989.