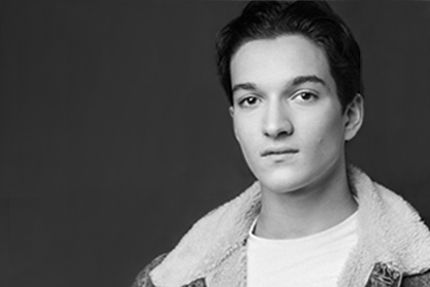 Artist of the English National Ballet

Today his career develops and flourishes and considering his young age, no one doubts that he will reach new heights of ballet glory. When Shale was only 11, he became a finalist of the hit show «Canada’s Got Talent» and thus achieved fame in his home country. Having realized his true vocation, Shale decided to move to Monaco and enter the prestigious Princess Grace Dance Academy.

During his education the artist set a goal for himself – to join the English National Ballet. And shortly after his graduation in 2018, he accomplished this dream. He succeeded to perform in such ballets as Manon by Kenneth MacMillan, Nutcracker by Wayne Eagling and Swan Lake by Derek Deane.

By the time Shale turned 18, he had already won the Youth Grand Prix Award at Youth America Grand Prix 2014 and Gold Medal at Prix de Lausanne 2018. In 2019 he was nominated for the 2019 English National Ballet’s Emerging Dancer.