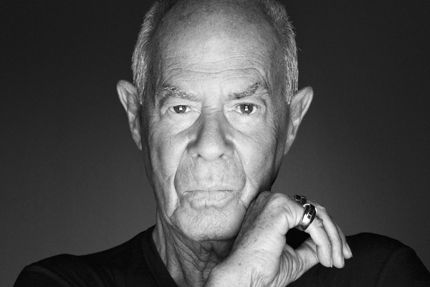 Hans van Manen in his own words

Born in Nieuwer Amstel in 1932. He studied under Françoise Adret, Nora Kiss and famous founder of the Netherlands Ballet Academy in Hague and the Netherlands Ballet Sonia Gaskell. Hans van Manen began his career in 1951 as a member of Sonia Gaskell's Ballet Recital. In 1952 he joined the Ballet van de Nederlandse Opera, where he created his first ballet, Feestgericht (1957). Later he joined Roland Petit's company in Paris. He began to work with the Nederlands Dans Theater in 1960, first as a dancer (until 1963), next as a choreographer, then as Artistic Director (1961–1971). For the following two years he worked as a freelance choreographer before joining the Dutch National Ballet in Amsterdam in 1973. From 1988–2003 Hans van Manen was a resident choreographer of NDT, in 2003 he joined the Dutch National Ballet as a resident choreographer.

«Is Hans van Manen already a classic or not? This question sounds as frequently as this title appears near his name. And it’s not just a convenient cliché as it seems to be. If you rewatch his ballets after a long time, you suddenly start to notice thousands of details which were not clear, or not remarkable or not perceived in full measure beforehand. This enlightenment may literally shock you, as if you look into your own past and understand that everything there had a totally other meaning” (Frankfurter Allgemeine Zeitung)