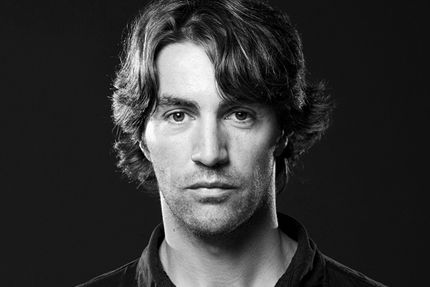 Edward Clug is concerned with relationship of a man with the past, with time itself, in his work he uses individual experience of each dancer. Clug works, mainly, in direction of the research of human body and its possibilities.

In all his ballets, Edward Clug crafts unusually athletic but poetic works, dances that reveal and play upon the foibles and ironies of the human condition.

Edward Clug in his own words

I'm sure that the core of art keeps unchanged, that audience come and ever come to ballet for the sake of high mastery and strong ideas which make the found of each proper production.

When I started, I did not have a background in choreography and I had some fears. And now, after many years of work, when embarking on a new project it is much more difficult for me to release the wealth of knowledge that I have gathered and feel free and open-minded, as when I was young. Here lies the paradox of my profession.

The experience of working with other companies lets me stay free and unbiased.

The talent is a great responsibility, especially, towards yourself. You really have to have it before you can start developing it. You need to sharpen it. One can’t rely on a talent only, but this is what makes out the most difficult task in our lives. However, to tell you the truth, it is even more important to make everything on time.

The work of choreographer is very versatile — you are the dancer, the director, the manager…

The meaning of the concept of “an ideal ballet dancer” changes a lot. There are no more strict rules. All depends on a particular dancer, on how he and his body could widen the existing perceptions about ballet.

For me the applauses are always something unreal. This is fantastic, you can share your ideas and your vision with the people and they react on it! This is the blessing.

When there are two persons on stage, this is already a history.

When enrolling at the National ballet school in Cluj-Napoca (Romania) in 1983, the child of 10 years of age saw a way out from the repressive dictatorship of Ceausescu. After very harsh years during schooling, the communism regime collapses in 1989. Two years after in 1991 he completes his study and in September the same year he tries his chance at the Slovene National Theatre in Maribor. He gets his first engagement and starts his career in Maribor as Slovenia makes its first steps as a newborn country after exiting Yugoslavia.Here he meets famous Slovene theatre director Tomaž Pandur, with whom he starts to collaborate as a dancer in his avant-garde productions. Noticing his creative potential Pandur asks him to create the choreography for the performance Babylon, which premiered in 1996.

After his first choreographic experience, Clug embarks on a new artistic journey and in 1998 he creates his first independent project Tango, together with costume designer Leo Kulaš and set designer Marko Japelj, who became his constant creative team. Later in 2008 composer Milko Lazar joins the team in the project Pret-a-Porter and they continue to collaborate intensively ever since.

In 2003 the newly appointed general director of SNT, Danilo Rošker assign him as artistic director of the ballet and Clug starts to lead the company towards new and distinctive directions. In 2005 he creates Radio & Juliet on the music of Radiohead, which became an international hit and drew the international attention to himself, due to his specific choreographic style. He starts to collaborate with other ballet companies around the world and equally succeeds in putting the Maribor Ballet ensemble on the international dancing map. The Ballet of the SNG Maribor participated in the largest theatre festivals throughout the world performing his choreographies: Jacob's Pillow Dance Festival (USA), The Stars of the with nights festival in Mariinski theatre St.Petersburg, Festival of Firsts in Pittsburgh, Arts Festival in Singapore, Biarritz Festival in France, O Boticario di danza in Brazil, Dance Festival in Tel Aviv, Sintra Festival in Portugal, Festival Des Arts de Saint-Sauveur (Canada), Seoul International Dance Festival (Korea), at the Milan Teatro Piccolo, Dance Open Festival in St Petersburg and toured Netherlands, Italy, and the countries of ex-Yugoslavia.

This year he will create Faust for Zurich ballet and Petrushka for Bolshoi Ballet in Moscow. He received several national and international awards for his work and was nominated for the Golden Mask award in 2010 for the project Quattro. He was distinguished with the highest Slovene prizes in culture, the Award of the Prešern Foundation in 2005 and the Glazer Charter in 2008. He was nominated in 2017 for the prestigious award Benois de la Danse for the Handman with Nederland’s Dance Theatre 2.