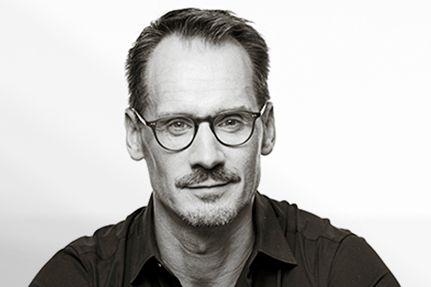 Christian Spuck in his own words

The road to choreography follows one’s own trials in dance.

Choreography is ability to narrate story in pictures and movements.

A lot of choreographers of my generation are becoming directors of companies, and want to do things differently — and I really love that, I want to be part of that new wave.

When creating new choreography, I need to reinvent everything from the starting point. I relieve the history, music, space and époque.

One of the most interesting choreographers of our times, Christian Spuck has built his career in a very unusual way. His parents have never approved his intention to become a dancer, yet he was persistent and struggled for his dream. Only as late as at 20 years old, he became free in his decisions and entered, at last, the John Cranko Schule in Stuttgart. An absolutely unique case! But due to the wisdom of the school managers, who made an exception for a young man obsessed with choreography, the world of dance was enriched by Spuck’s mesmerizing dramatic characters, who deeply impress a spectator’s mind by the sophisticated choreographic language.

Later Christian Spuck confessed that the studies were very hard for him: he felt himself the worst pupil in the class. Nothing surprising as his start was extremely late. But despite all difficulties, in 1993 he graduated and got diploma of the ballet school. At that moment he was be enthusiastic with contemporary dance. His stage career started in the Needcompany of Jan Lauwers, and later he began to dance in the ROSAS ensemble directed by a Belgian dancer and choreographer Anne Teresa De Keersmaeker. In 1995 Christian joined the Stuttgart Ballett where he danced in productions by Glen Tetley, Robert North, John Cranko, Mauro Bigonzetti, William Forsythe, Martino Müller, John Neumeier and others. In the same he also started his own chorographical experiments. In 1994 he has already become a choreographic assistant to Marco Santi, and since 1996 he started to create his own pieces for the television, collaborate with the Noverre Society of Young Choreographers and the Regional Arts Festival of Europe. In 1997-1998 the magazine Ballet International — Tanz Aktuell named Christian Spuck the «best up-and-coming choreographer».

Since 1999 the choreographer has worked with many American and European companies, including the American Ballet Theatre, The Norwegian National Ballet, Staatsballett Berlin, New York City Ballet and the Aterballetto in Italy. Since 1997 Christian Spuck has created many works for the Stuttgart Ballett where in 2001 he was employed as a resident choreographer.

Apart from choreography, Spuck also works for music theatre and cinema. In general, he likes to experiment with different genres. Thus, in 2005 he performed his version of the Staud’s opera “Berenice”; in 2009 he united the opera and ballet company of the Stuttgart Theater in the Gluck’s opera “Orphée et Eurydice”, and in 2014 he staged the Berlioz’s opera “La Damnation de Faust”.

In 2013 Christian Spuck took the leadership of the Ballett Zürich. Here, among other productions, he staged his version of “Romeo and Juliet” by Prokofiev. In his interpretation the characters appeared not as delicate teenagers, but as insolent, ambitious people living through the tough times. “The villainy is not romantic”, — that was the message Spuck tended to proclaim.

His experience includes also the Russian classic literature: he has staged “Anna Karenina” to the music of Rachmaninoff and Lutosławski.

The international critics are always following the success of the choreographer. His original production of the “Poppea//Poppea” for Gauthier Dance at the Theaterhaus Stuttgart was named one of the world's ten most successful dance productions of 2010 by “Dance Europe” magazine. In 2011 Spuck won two awards a row: Germany Der Faust and Italian Danza/Danza.

In 2016 Christian Spuck became a Jury member of the St. Petersburg International Ballet Award which was a part of the 15th jubilee season of the Dance Open festival. The choreographer confesses his main criteria for evaluating the nominees as “the light to be radiating by the dancer, as well as impressive personality and perfect technical skills”.