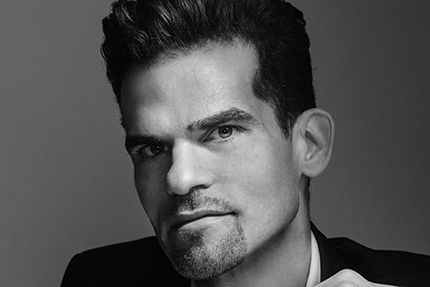 ...The only thing I've tried to do is get people's attention. I can make traditional creations, but I know the theater's going to be empty.

...You will never understand the evolution if you don’t understand and don’t know the basis.

...If we put a lot of material and a lot of flowers and many things, finally you are not seeing the most important thing, which is the body of the dancers.

Internationally renowned choreographer from Spain who became famous not only as a leader of the ballet company, but also as a figure skating choreographer. Antonio staged a number of performances for the Olympic Games.

Antonio Najarro began his career getting a Distinction in Spanish Dance in the Real Conservatorio Profesional de Danza in Madrid. As a principal dancer he collaborated with Rafael Aguilar, Antonio Gades, Alberto Lorca, Jose Antonio Ruiz, Jose Granero and others.

In 2011 he became a leader of the ballet troupe of the National Ballet of Spain.

Despite the fact that Antonio’s «native language» is flamenco, he manages to create works that combine classical dance with tango and jazz.

In his opinion, choreography is not just a set of body movements. It is a flow of energy that controls the heart beat and the subtle movements of the soul. For the choreographer the appearance of the artist is as important as the inner state. Therefore, he also designs costumes for some of his projects.

For Najarro the distinctive feature of his choreography is the abundance of «small details in movements, gestures, and expression, which are difficult to grasp and describe, but which make the work special and form its style».

He is a winner of numerous awards, including Person of the Year (2017) for the Dance category, National Award Living Culture (2017), Harlequin award for best young choreographer (2009), Best Choreographer prize of the International Flamenco and Spanish Dance Competition in Seville (2008).