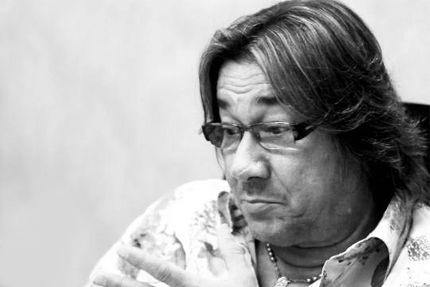 José Antonio Ruiz was born in Madrid in 1951. He is one of the most famous Spanish contemporary choreographers, who devoted his entire life to the development of Spanish dance.

At the age of eight, José Antonio made his first appearance on the theatrical stage of Buenos Aires. In 1964, he started his career in his home country, where the young dancer made his debut with Compañía de María Rosa in Madrid.

In 1972, José Antonio founded his own troupe, Ballet Siluetas, and was able not only to fully reveal his dancing skills, but also to try his hand as a choreographer.

In 1978, the legendary Antonio Gades founds the National Ballet of Spain and José Antonio becomes his first principle dancer. Eight years later, Jose Antonio becomes the artistic director of this troupe, and within six seasons turns it into one of the most extraordinary dance phenomenon in the world. He will return to this position once again, from 2004 to 2011.

The most famous productions of José Antonio for the National Ballet of Spain included «Labirinto», «Con mi soledad», «Don Juan», «Carmen», «La Vida Breve». In 1990 together with Natalia Makarova, he created pas de deux «Romance de Luna», which premiered at the Mariinsky Theater (Kirov State Academic Theatre of Opera and Ballet at the time). Under the leadership of José Antonio the company made its debut at the Metropolitan Opera in New York and at the 11th National Ballet Festival in Havana, both performances were a real sensation.

The program of the XVII Dance Open festival season includes the production of «Invocaciones» staged by José Antonio Ruiz who is also performing there. This is the first big flamenco project in the festival program, and we are proud to present the living legend of this unique genre to the St. Petersburg audience.