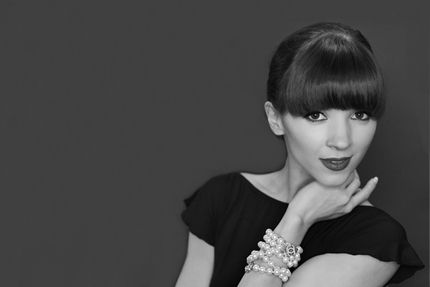 Winner and finalist of numerous international ballroom competitions, Antonina Skobina was born in Ukraine. Since the age of seven, she has been receiving professional dance training. When her natural talent became obvious, parents decided to teach girl at best schools of Germany, Great Britain and USA. Finally, a hard work combined with natural ambitions allowed her to reach incredible heights. Today she is a 2-Time US National Ballroom Dance Champion, a 2-Time World Championships and also a Blackpool Rising Stars Latin Winner, which is the most prestigious Ballroom dance competition in the world.

Together with her permanent partner Denys Drozdyuk Antonina has been performing together since 2006 — they are often called a celebrity couple of the ballroom and Latin world. For American audience they are more famous as “DNA” (Denys & Antonina) — under this name they performed at NBC’s hit television show “World of Dance”. The couple often participates in festivals, gala concerts, dance shows and theater productions all over the world. Their performances are especially notable for its virtuoso technique, unexpected mix of ballroom styles, from classics and jazz to ultra-modern, energetically and emotionally saturated dances that audience cannot resist.

Apart from dancing, Antonina is a proud graduate of the prominent New York Film Academy, she takes acting lessons and seriously develop her theatrical talent.