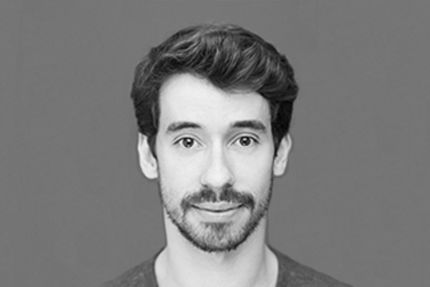 Artist of the Royal Danish Ballet

Born in Brasil, Guilherme started to take acting, music and dance lessons when he was pretty young. Having tried different artistic genres, Guilherme and his twin brother Vitor finally focused on ballet. This decision was supported by his family and especially by his mother who strongly believed in talent of her children. Graduated from the English National Ballet School, Guilherme and his brother joined the English National Ballet where Guilherme successfully performed in classical ballet Nutcracker and Akram Khan’s Giselle. In 2018 brothers joined the Royal Danish Ballet where Guilherme already performed leading roles such a Hilarion in Nikolaj Hübbe’s Giselle and Jack/Knave of Hearts in Christopher Wheeldon's Alice’s Adventures in Wonderland. Brothers often perform together, but their duet never turns into rivalry — it charms the audience with brilliant classical technique emphasized with Latin energy.

Portfolio of Guilherme contains participation in prestigious international competitions. In particular, he became a finalist at Prix de Lausanne 2010 and was a finalist for the 2013 English National Ballet’s Emerging Dancer competition.