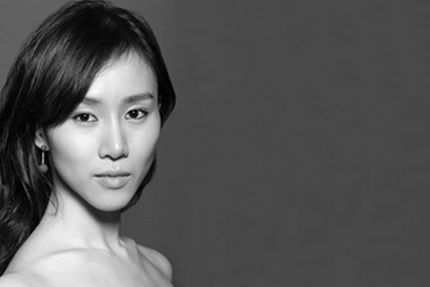 Born in South Korea, began her ballet training in her home town Seoul. Have been dancing only for six month, Hee agreed to participate in a dance competition and unexpectedly won a prize — to attend the prestigious Sun-hwa Arts Middle School on a scholarship.

At the age of 13, Hee was invited to continue her training at the Universal Ballet Academy (Kirov Academy of Ballet) in Washington, D. C. Despite parental concerns and thanks to teachers’ insistence, she moved to America to continue her education at Kirov Academy, that led her deep into a world of classical ballet. Pedagogical traditions of Russian ballet school shaped her as an artist and dancer. At the age of 17, she won the Grand Prix at the Youth America Grand Prix, prestigious award Prix de Lausanne and a scholarship to train at the John Cranko Ballet Academy in Stuttgart.

Having reached such incredible heights, Hee was invited to join the American Ballet Theater. Firstly, her adaptation to a new company and new culture was difficult — girl was raised in Russian ballet traditions and then educated in German ballet environment. However, Hee was quickly promoted to Principal dancer. Later she became the company's first Korean ballerina to be promoted to principal dancer in ABT's 75-year history and one of the youngest dancers in ABT history to be promoted to principal at the age of twenty-six.

Today Hee has an extremely diverse repertoire without genre boundaries — she successfully performs in classical ballets and participates in new productions by modern choreographers.