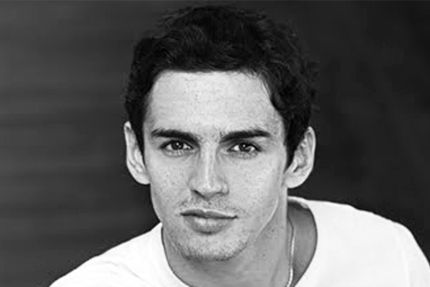 Italian dancer, Federico Bonelli joined the Royal Ballet Company as a Principal in 2003. He is best known for his danseur noble roles with the Company, winning particular acclaim for his performances of Romeo, Armand, Siegfried (Swan Lake), Prince (The Nutcracker and The Sleeping Beauty) and Des Grieux (Manon).

Bonelli was born in Genoa and trained at the Turin Dance Academy under both Italian teachers and visiting Cuban teachers. Their involvement led to his participation at the International Ballet Festival of Havana, at which he won second prize. Other awards include first prize at the Rieti International Ballet Competition in Italy, a Prix de Lausanne scholarship, the 2005 Positano Prix for Ballet and a nomination for Best Male Dancer at the 2007 Critics’ Circle Awards.

In 1995 Bonelli graduated into Zürich Ballet. He moved to Dutch National Ballet in 1999 and was promoted to principal in 2002. His debut with the Company was as Romeo, opposite Mara Galeazzi’s Juliet. In 2005 he became the third man to dance Armand (after Rudolf Nureyev and Jonathan Cope). In addition to dancing classical roles, Bonelli has created roles in new works such as Chroma, DGV: Danse à grande vitesse, Live Fire Exercise, Aeternum, Tetractys, ‘See, even Night herself is here’ pas de deux and Woolf Works, and has created the role of Polixenes (The Winter’s Tale) and Escamillo (Carmen).