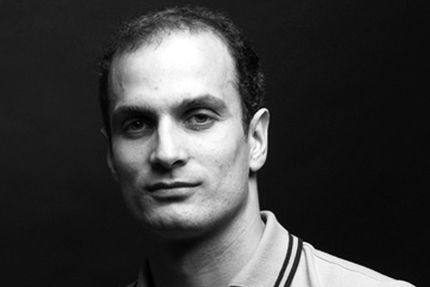 Son of Czech circus acrobats, was born in Lubin (Poland) and spent most of his childhood travelling around Europe. Graduated from the Prague Conservatory of Dance in 1993, and together with his twin brother Jiri joined the Hamburg Ballet. Since 1997 — Principal Dancer. Has been performing at the world famous stages and high level internaitonal ballet projects. Winner of many awards, including the prestigious Italian Premio Danza & Danza in the nomination «Best Dancer» (2009) and the Prize of the festival Dance Open in the category «Best Duet» (2012, together with his brother Jiri). In parallel with successful choreographic career gained recognition as a composer, set designer, costume designer and director of short films and video clips.