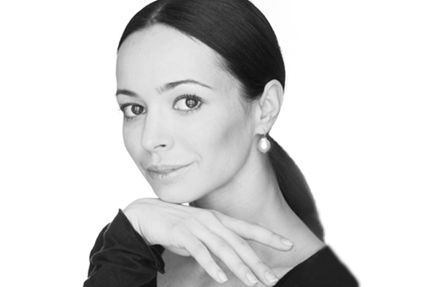 People's Artist of Russia
Principal Dancer of the Mariinsky Ballet

Graduated from the Vaganova Ballet Academy (class of Professor Lyudmila Kovaleva). Joined the Mariinsky Theatre in 1995, and was promoted to a principal dancer in 1996. Diana Vishneva often performs at many European Theaters. Diana Vishneva’s international career as a guest soloist began in 2001 with her performance together with the Bayerisches Staatsballett in Manon and at the Teatro alla Scala with the ballet The Sleeping Beauty. In 2002 she made her debut at the Berliner Staatsballett (Giselle and La Bayadère). The same year witnessed her Opéra de Paris debut in Don Quixote, where she later went on to give highly acclaimed portrayals of lead roles in the ballets Rubies (from Jewels), Manon and Swan Lake. Since 2003 Vishneva has been a Principal Dancer at American Ballet Theatre. Her repertoire at ABT includes Giselle, La Bayadère, Swan Lake, Romeo and Juliet, Don Quixote, The Sleeping Beauty, Manon, Sylvia, The Dream and The Lady of the Camellias among other works. In the 2010-2011 season she appeared in works presented by the companies of Édouard Lock (Canada) and Martha Graham (USA).