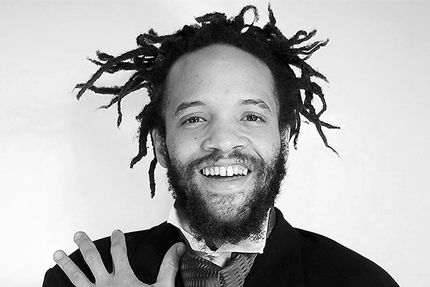 Savion Glover decided to return tap dancing back to fame and to clear it off unnecessary rules, and he succeeded in his art like, perhaps, no one before him. His secret lies in the crazy joyful energy with which he dives into his dance and from which he generates his stormy rhythms. He believes that tap dancing is the way of expressing oneself, a way to breathe, live and communicate with the world.

Glover debuted on Broadway when he was 12 in the Tap Dance Kid. Later he played the main role in the Broadway show Jelly’s Last Jam where he performed together with Gregory Hines, and in 1989 he starred in the film Tap alongside Gregory Hines and Sammy Davis Jr.

He is often called the “golden legs of the world”. He is the winner of the Tony Award for his musical Bring in’da Noise, Bring in’da Funk that he created, choreographed and where he played the lead role.

Glover conquered many famous venues of the world, including Moulin Rouge, Lincoln Center and Carnegie Hall.

He is the founder of the tap dance school The HooFeRZCLuB School For TaP. He actively performs around the world, gives master classes and popularizes tap dancing as the way of thinking and the way of life.