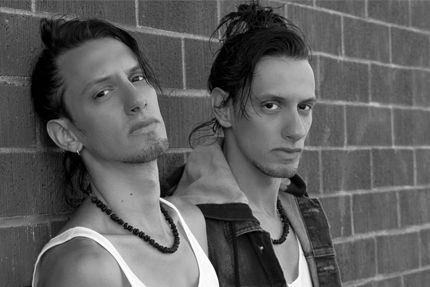 Martin and Facundo Lombard were born in Buenos Aires, Argentina. They started dancing at the age of 7, inspired by Michael Jackson, and at the age of 13 succeeded enough to make their debut on Argentina’s most popular TV show Rhythm Of The Night.

Lombard Twins performed together with the The Godfather of Soul James Brown and The King of Latin Music Tito Puente, appeared on covers of several magazines, including The Vogue, in ad campaigns for Versus/Versace, photographed by Steven Meisel.

Their independent full length show Dreamers… If You Don't Have a Dream, You Don't Have a Life started their career and was followed by a series of successful projects, including Lombard Dance Piazzola. Their career in the cinema is as successful: many of their films were shown at prestigious cinema festivals around the world. Lombard Twins not only star in their movies, but script, direct and produce themselves.

Martin and Facundo Lombard gained international recognition for playing the Santiago Twins in the movies Step Up 3D and Step Up All In. They also appeared the promotional trailer of Men In Black 3 Men in Black 3 with Will Smith and Tommy Lee Jones.