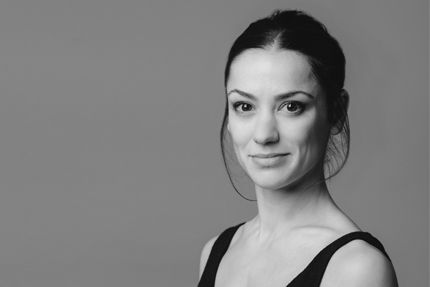 Principal Dancer of the Scottish Ballet

Born in France, she graduated from the Conservatoire National Supérieur de Musique et de Danse de Paris. She has been dancing with Scottish Ballet since 2003, and has been a principal since 2008. In 2014, she performed at the opening ceremony of the XX Commonwealth Games in Glasgow, and at the gala concert for the Ryder Cup golf competition. In 2008, she was awarded 20th place in a list of the 100 most influential figures in Scottish culture. In 2011, she won the prize for best female dancer at the Critics’ Circle National Dance Awards, and in 2016 Sophie was named best dance performer at the Sunday Herald Culture Awards.