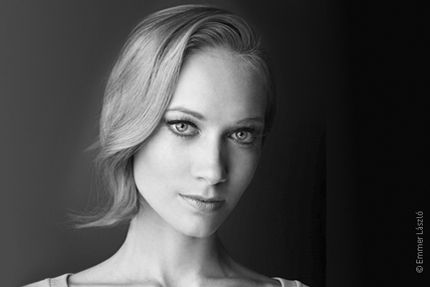 Graduated from the Perm State Ballet School in 2006. From then until 2013, she worked for the Russkiy Balet Moscow Oblast State Theatre under Vyacheslav Gordeev. In 2013, she became a soloist for the Stanislavsky and Nemirovich-Danchenko Moscow Music Theatre. Winner of third prize at the 2012 Arabesque Ballet Competition and second prize at the 2013 International Ballet Competition in Moscow. Since 2015, she has been a principal at Hungarian National Ballet. Among the ballets in which she dances lead roles are Cinderella, La Bayadère, Giselle, The Nutcracker, Swan Lake, and The Sleeping Beauty.