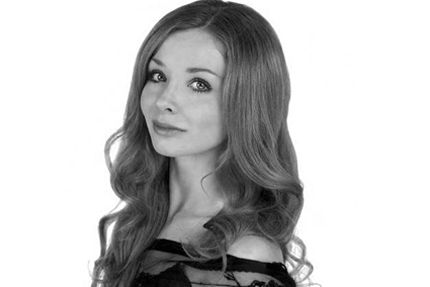 Principal Dancer with Bolshoi Theater of Russia since 2012.
Honoured Artist of Russia

In 2002 she graduated from the Vaganova Academy of Russian Ballet and joined the Mariinsky Ballet Company, where she starred in the title role in Romeo and Juliet in the very first season. In 2006 she won the Golden Mask National Theatre Award for the title role in Ondine by Pierre Lacotte. As the guest principal dancer she performed with the Royal Ballet Covent Garden, Paris Opera, Teatro dell’Opera di Roma, Teatro alla Scala, Royal Danish Ballet, NBA Ballet Tokyo, Stuttgart Ballet and American Ballet Theater. She has been the principal dancer with the Bolshoi Ballet since 2012.

For critics and ballet lovers from all over the world this petite ballerina is bright and radiant, exquisite and talented, weightless and romantic. And she, while starring as Sylph and Aurora, is dreaming about more complicated drama roles, such as Carmen and Manon. One of the brightest ballet dancers of her generation, she is searching for drama features that could add more in-depth meaning and new ideas to each of her roles.

She is the prize-winner of international competitions, such as the Vaganova-prix (St. Petersburg, 2002), the First Prize at the Moscow International Ballet Competition (Moscow, 2005), Zegna Mariinsky New Talents Award (Paris, 2005), the Soul of the Dance Prize in the Star nomination (Moscow, 2008) and many others.

In 2012 she received the Dance Open Award in Miss Virtuosity nomination.