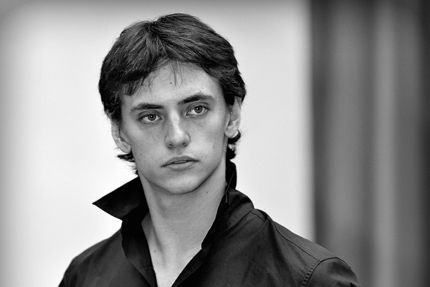 Principal Dancer of the Stanislavsky and Nemirovich-Danchenko Moscow Music Theater

At the age of 9 he entered the Kiev State Ballet School, at 13 joined the Royal Ballet School in London, at 19 became the youngest Principal Dancer in the history of the British company. Winner of numerous awards, including the I prize and the Audience Prize at «Prix de Lausanne» (2006), the Grand Prix at the Youth of America Competition (2006), gold medal at the Serge Lifar’s International Competition in Kiev (2006). In 2007 was named the Young Dancer of the Year in Britain, in 2010 won the National Award of the British critic’s community as the most promising dancer, and in 2011 — as the best classical dancer. Since 2012- with the Moscow company. In addition to leading classical parts his repertoire includes choreographies by K. MacMillan, F. Ashton, R. Petit, K. Wheeldon and others.