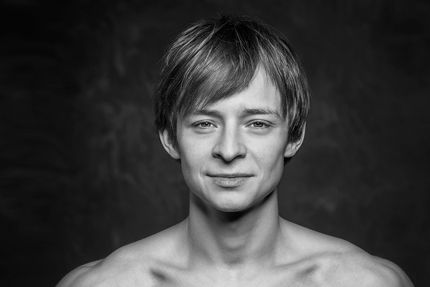 Born in Novossibirsk, Russia to a ballet family. Parents left for the West when he was only 3 and, after several international engagements, settled in Wiesbaden, Germany, where Mr. Simkin first appeared onstage. From the age of 6 he often appeared onstage alongside his father Dmitrij Simkin, at 10 he began his training under the direction of his mother, Olga Aleksandrova. At 12, he began participating in ballet competitions around the world. He joined the ballet company of the Vienna State Opera in 2006, changed for the American Ballet Theater as a Soloist in October 2008, and became a Principal Dancer in 2012. Ballet critics point out Daniil Simkin’s silent flying leaps, excellent pace, legs easily opened in a split and steady stable spins with a rare capability to stop standing on one foot after a pirouette.