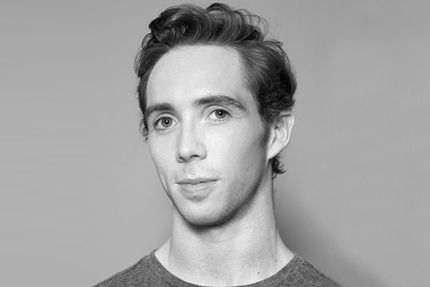 Soloist of the Dutch National Ballet

Born in Calgary, Canada. Didn’t plan a ballet career, but was helping parents at their club of Argentine tango, by dancing there. At the age of 13 he went to the School of Alberta Ballet «because they needed boys», but later on got carried away and went to the Academy of Ballet in Vancouver, and later to the Royal Ballet School in London. After graduating in 2007, he was accepted to the Dutch National Ballet, where in 2012 he became a Soloist. Performs principal roles in ballets by John Neumeier, George Balanchine, Rudi van Dantzig, Christopher Wheeldon, Wayne Eagling, Peter Wright, Hans van Manen, David Dawson, Krzysztof Pastor, William Forsythe and other prominent choreographers of today.