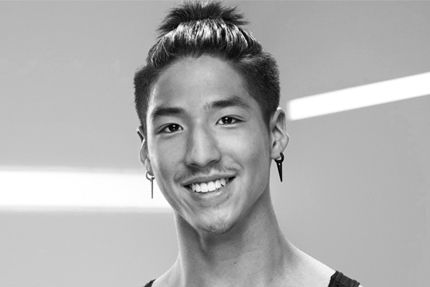 Originally from Irvine, California, Lex began working at an early age, performing on the national tour as Billy in Billy Elliot The Musical. Lex was a grand finalist at the Spotlight Awards in 2015 and earned the title Teen Male Best Dancer of the Year at the Dance Awards, as well as being named Elite Protégé on The Pulse on Tour 2014, touring all over the United States and internationally. He also won the Youth American Grand Prix Award at the 2015 YAGP Los Angeles regionals and placed as a finalist at the National YoungArts Foundation in 2016. In addition, he trained at Boston Ballet for two years, and won the Dance Awards title again in 2016 – this time as Senior Male Best Dancer of the Year. He then joined Travis Wall’s Shaping Sound company and began touring with JUMP Dance Convention as a choreographer and assistant. In 2017, he was crowned America’s Favorite Dancer on So You Think You Can Dance, Season 14.