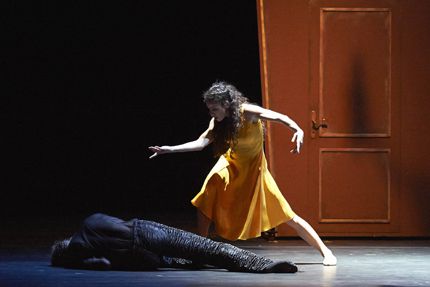 On my arrival here I realized the enormous potential of the dancers and immediately planned a varied programme of ballets which were well within their reach.

Since September 2010 the Vienna State Ballet is headed by Manuel Legris — one of the most remarkable figures in the world of ballet, former Danseur Étoile of the Paris Opera, who danced as a guest artist on different stages around the world, including Vienna. Now he leads a ballet company, which possesses amazingly rich traditions.

Looking into the annals of Vienna’s ballet, one can see, time and again, periods in which the ensemble held a leading position among the companies world wide, furthermore there were times in which it was path breaking for the genre itself. In fact, the foundation of the company in 1622 by Eleonore Gonzaga, Italian-born wife of the Emperor Ferdinand II, seemed to be a revolutionary avantgarde for Austria of that period.

For years the company was considered to be a stronghold of academism. And since the commission of Manuel Legris as a director of the company, Vienna State Ballet renewed its repertoire almost completely and started collaboration with choreographers of the great current interest, transforming from being classics devotee into a genuine choreographic trend-setter. Starting with win-win Jewels by Balanchine and Cranco’s Onegin, Legris began to invite young choreographers and look for the most promising contemporary choreography. Moreover, he keeps balance between classics and avantgarde, without being too revolutionary and trying to use company’s potential, which he highly appreciate, to the greatest possible extent.