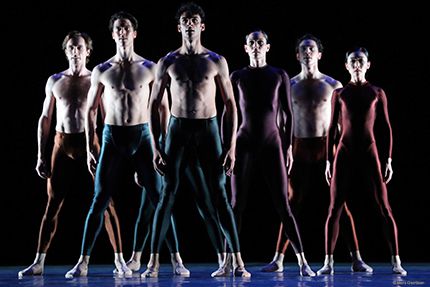 What defines us is the sense of contemporary and classical ballet mixing together, a sense of adventure and curiosity of new ways of living the art form, a spirit of innovation but based on tradition.

Over the past almost 60 years, Dutch National Ballet has evolved into one of the world’s foremost ballet companies. With a unique and wide repertoire, a tradition of innovation and 80 dancers from all around the world, the company plays a leading role in Dutch cultural life and serves as a cultural ambassador for the Netherlands around the globe. Since 2003 Dutch National Ballet is led by artistic director and choreographer Ted Brandsen, a former dancer of the company and, from 1998 to 2002, artistic director of West Australian Ballet.

Dutch National Ballet is regularly invited to perform at prestigious international venues and festivals around the world. Its repertoire is a mixture of the classical story ballets, highlights of twentieth-century ballet and contemporary works from highly acclaimed choreographers like Hans van Manen, David Dawson, Krzysztof Pastor, Alexei Ratmansky, Wayne McGregor, Christopher Wheeldon, Sidi Larbi Cherkaoui, Shen Wei, Jorma Elo and Martin Schläpfer. In 2013 The New York Times ranked the company in the top five dance institutions in the world, and Süddeutsche Zeitung ranked the group in the top three in the world.

Furthermore, Dutch National Ballet brings its audiences highlights of twentieth-century ballet, from the repertoire of Diaghilev’s Ballets Russes, from the beginning of the century, to works by Sir Frederic Ashton, Jerome Robbins, William Forsythe, John Neumeier and other important choreographers from around the globe. Extra emphasis is laid on the work of George Balanchine, with over 30 works by this twentieth-century innovator of academic dance in Dutch National Ballet’s repertoire.

But Dutch National Ballet offers more than a cross-section of dance history. Ever since it came into existence, the company has made an important contribution to the emergence and development of young choreographic talent and thus to a contemporary Dutch style of choreography. In recent years choreographers like artistic director Ted Brandsen, associate artist David Dawson, young creative associates Juanjo Arqués and Peter Leung, Ernst Meisner, Wubkje Kuindersma and Remi Wörtmeyer have created many new works for the company.