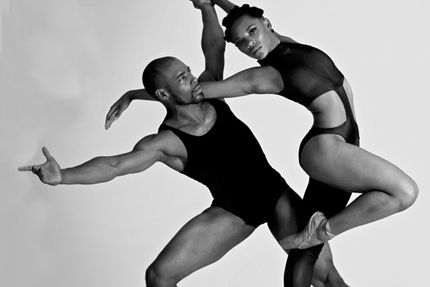 Complexions is more than dance: it is language itself.

We have created in Complexions an institution that embodies its historical moment, a sanctuary where those passionate about dance can celebrate its past while simultaneously building its future. In the 16 years since its inception, the company has born witness to a world that is becoming more fluid, more changeable, and more culturally interconnected than ever before — in other words, a world that is becoming more and more like Complexions itself.

Complexions Contemporary Ballet — is a new daring vision to plasticity and dance in general. Its founders are Dwight Rhoden, one of the most important choreographers in the world, and dancer Desmond Richardson titled «great» and «legendary». Complexions Ballet is not trying to deal with issues of the modern age or to be philosophical on stage. The main thing for them is dance as art of the body movement. The choreographers and dancers indulge in elegance, grace and virtuosity of movements exploring them at different angles and in variable musical environment: from classical music to modern pop-music. Setting the pace of striving for innovation, mixing and combining different cultures, creating daring and vanguard performances, Complexions remain loyal to their creative credo — showing diversity and multiplicity of the world. In 2014 the company celebrates its 20th anniversary (it was founded back in 1994).

The company participated in DANCE OPEN 2014 with the programme Innervisions.