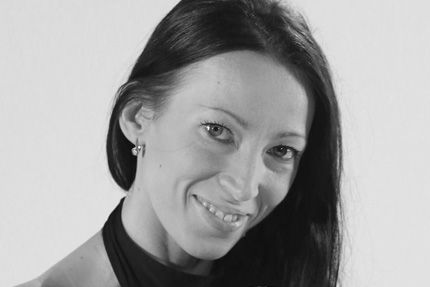 Principal Dancer with the Mariinsky theatre

Bright, sparkling, absolutely technical, artistic and infinitely hard working, Viktoria Tereshkina is one of the symbols of our generation. She is appreciated by partners on stage for her ideal balancing and immaculate professionalism, by choreographers for her desire to try new pieces, participate in the creative process and bring any idea to perfection, by critics for her flawless technique, by spectators for the aesthetic pleasure and emotional charge that they receive from her.

Krasnoyarsk’s native, she graduated from the Vaganova Academy and joined the Mariinsky Ballet straight after the graduation. Her repertoire includes Giselle, Aurora, Nikia, Gamzatti, Raimonda, Odette-Odile, Kitri, Fire Bird, Juliet and many other parties. She was the first to perform the Queen of the See (Ondine by Lacotte, 2006), Phrygia (Spartacus by Yakobson, 2010) and Tsar Maiden (the Little Humpbacked Horse by Ratmansky, 2009).

She is the brilliant performer of the 20th century masterpieces by Ashton, Forsythe, McGregor and others. She has been working a lot with such contemporary choreographers as K. Simonov, P. Quanz, Y. Smekalov, A. Preljocaj, A. Miroshnichenko and many others.

In May 2014 she made her debut with American Ballet Theatre as Nikia in the ballet La Bayadère (Natalia Makarova’s version).