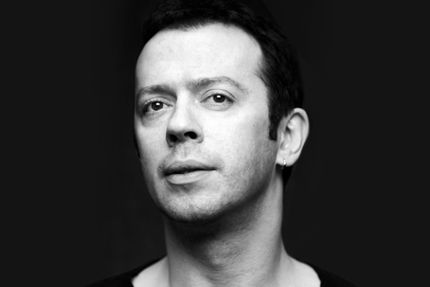 One of the most sought after choreographers in ballet, his inventive, versatile intelligence as alive in his staging of 19th century classics as it was in the creation of new abstract work.

Ratmansky evokes the overwhelming sensation that this is what ballet sounds like and what music looks like.

He has made his mark on classical works of nearly every description: long ballets; short ballets; story ballets; storyless ballets haunted by characters looking for a story; ballets that are formal constructions or moving architecture; ballets for opera.

Choreographer Alexei Ratmansky is at his best when making small, intricate dances with vivid lighting and simple décor. Given a tight space and a limited amount of stage time, he becomes a master jeweler who can etch the air with beautiful, precise patterns.

His ballets have a particular evolving magic: They not only present the dancers as awe-inspiring athletes but also as sentient individuals, even when they take the stage as elements of a larger choreographic design.

Ratmansky is a much sought after choreographer, admired on both sides of the Atlantic. His choreographic style is distinctly balletic and, unsurprisingly, he is also renowned also for his meticulous research into and incisive reconstruction of Petipa’s ballets. He translates the philosophical complexities of the discourse into dance that is similarly dexterous. Ratmansky uses the ballet vocabulary with great fluency, using an inclusive range of jumps, turns and steps, alternating lyrical with aggressively modern, as each tries to gain supremacy in the argument.

Alexei Ratmansky in his own words

Classical Ballet has always considered the epitome of beauty. However today the language that had been polishing for centuries is losing its meaning. It is essential to create new forms so that the dance won’t lose the connection with time.

As a dancer, I always had choreographer’s thoughts about how do I look at the text that I’m doing. It’s just exploring one thing from different sides.

I'm a classical choreographer; that's my background, although the experience I gained working with people like Neumeier, Twyla Tharp, Béjart, Mats Ek and Nacho Duato is invaluable.

A ballet, for me, begins with the music. Before the process starts, I listen to the music a million times. I play piano, but the best way for me is just to listen with earphones.

Classical dancing is a beautiful system. It's a result of the inspiration and work of many generations. Louis XIV was the beginning of it. It's a beautiful language that keeps developing. We don't know where it will go, but genetically, it carries the memories of all these people.

The origins of dance are simple emotions, like joy or sorrow. Dancing can express beautifully some things that we can't express with words, but very basic things.

I like dancers who know why they like dancing and fully and intelligently enjoy their choice with creativity and curiosity!

Both the audience and critics are looking forward to every performance that he is staging. All his works are becoming events of the year. The New York Times names him the most promising Russian-born choreographer since Balanchine. His productions are going at the mayor ballet stages all over the world and it is he who opened a new page in the history of the Bolshoi Theatre.

He was born in Leningrad, spent his childhood in Kiev, and graduated from the Moscow Choreography Academy in 1986. Soon after graduating he was admitted to the National Ballet of Ukraine. He has also been the principal dancer of the Royal Winnipeg Ballet and the National Ballet of Denmark, where he even received the order of chivalry from Queen Margrethe.

While at the academy he tried his hand in choreography and he soon became obsessed with it, as a result, in 1988 he joined the course of Dmitry Bryantsev at the Russian Academy of Theatre Arts.

Although his strength as a choreographer is in classics, he also likes experimenting. He has designed his own approach: he works not only on the plot, but also on the characters and the motivation. He is one of those people who can stage grand performances and abstract miniatures with equal success.

His first one-act ballet Capriccio by the music of Stravinsky, performed on the stage of the Bolshoi Theatre in 1997, became a sensation, later followed Dreams of Japan — a winner of the Golden Mask, National Theatre Award.

His first full-scale production was named The Evening of One-Act Ballets. A Poem of Ecstasy, The Middle Duo, A Fairy’s Kiss, it was premiered in the Mariinsky Theatre in 1998. The Middle Duo became his hallmark for the next decade. It then became clear that his works would stay in the memory of the audience for a long time.

He literally opened a new page in the history of the Bolshoi Ballet when he became its artistic director in 2004. While preserving its golden traditions, he offered the artists the opportunity to perform in a totally different manner. His Bright Stream and Bolt showed the legendary dance company from a new side.

In 2009 he started working with the American Ballet Theatre (ABT) and he continues making productions for them up to date. Ratmansky’s works are popular all over the world, each new production becomes an important event on the international ballet stage.

Although his choreography language is modern, it is one of his priorities to preserve the classical traditions in ballet. Thus, in the long-awaited reconstruction of Petipa’s Sleeping Beauty he managed to clear up the original choreography of Petipa from century layers put up by other prominent choreographers on this famous ballet. This experiment proved to be successful, as well as many others. He has collaborated with such ballet legends as Mikhail Baryshnikov, Nina Ananiashvili, Diana Vishneva, Polina Semionova, and many others.