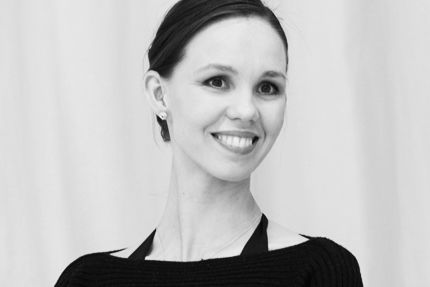 Principal Dancer of the Ballett Zurich

Viktorina Kapitonova, who is a native of Russia, studied at the Kazan Ballet School and Moscow's Bolshoi Theatre Academy. From 2005 onwards she danced at the Jalil Opera House in Kazan, performing solo roles in Swan Lake, The Sleeping Beauty, Don Quixote, La Bayadere, Coppelia and The Nutcracker. In 2008 became the winner of both the Young Ballet of Russia competition and the Arabesque contest.

She was a member of the Stanislavsky Ballet for the 2008/09 season; and she joined Ballett Zurich in 2010, since when her performances have included leading parts of classical repertoire. Last season she was seen in the title role of Spuck's Anna Karenina and as Giselle/Myrtha in Patrice Bart's Giselle, alongside Roberto Bolle and Friedemann Vogel.

Along with classical roles her repertoire includes parts in ballets by Duato, Balanchine, Ek, Forsythe, Kylian, Lee, McGregor and Schlapfer. Viktorina presented her choreography Two Bodies One Soul as part of the company's Young Choreographers programme. She was also the recipient of the Friends of Ballett Zurich's Dance Prize for 2015.

Viktorina created Odile/Odette with Alexei Ratmansky for his recreation of Swan Lake. She danced the World Premiere performance at Zurich Opera house in February 2016.